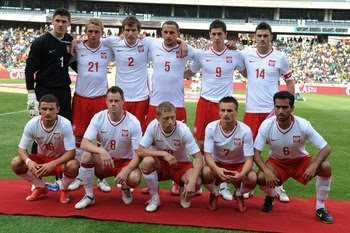 The Poland national football team (Polish: Reprezentacja Polski w piłce nożnej) represents Poland in association football and is controlled by the Polish Football Association, the governing body for football in Poland. Poland's home ground is Silesian Stadium in Chorzów and their head coach is Franciszek Smuda.

The most well-renowned Polish team was the one of the mid-seventies that held England to a draw at Wembley to qualify for the World Cup in 1974. They finished third 1-0 over Brazil in the tournament with striker Grzegorz Lato winning the Golden Boot for his seven goals. Poland had another third place result in 1982 beating France 3–2 in the third-place play-off.

Poland also won the gold medal in the 1972 Summer Olympics in Munich, and the silver medal in 1976 in Montreal as well in 1992 silver medal in Barcelona. Their Olympic success was helped by a wholly amateur squad, similar to other nations behind the Iron Curtain. 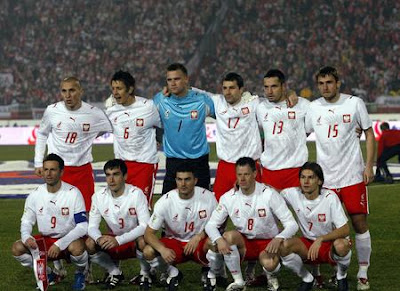 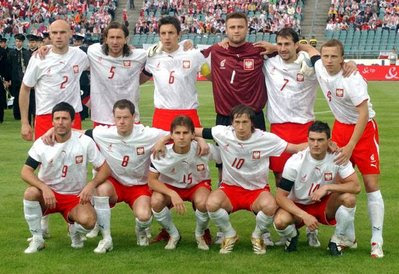 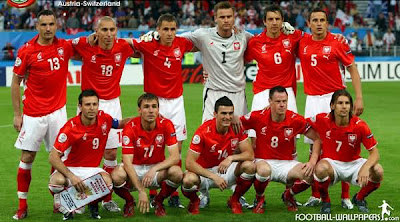 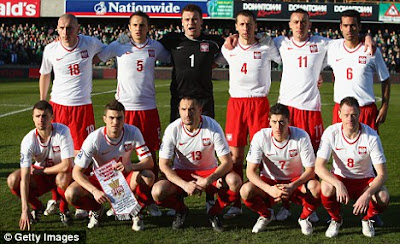 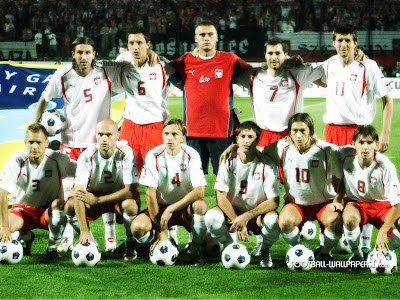