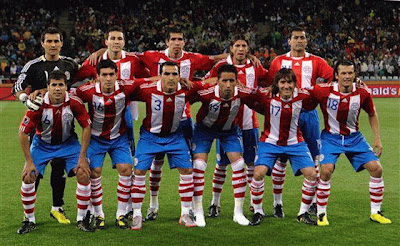 The Paraguay national football team is controlled by the Paraguayan Football Association (Asociación Paraguaya de Fútbol) and represents Paraguay in men's international football competitions. The team has reached the second round of the World Cup on four occasions (in 1986, 1998, 2002 and 2010). The 2010 trip also featured their first appearance in the quarterfinals. Paraguay's only major tournament victories have come in the Copa América, in which they triumphed in 1953 and in 1979.

South Africa 2010 was Paraguay's fourth consecutive trip to the World Cup final tournament, having previously qualified for the final at France 1998, Korea/Japan 2002, and Germany 2006.

Soon after the introduction of football in Paraguay by Williams Paats, the Liga Paraguaya de Futbol (today Asociación Paraguaya de Fútbol) was created in 1906. The first national football team was organized in 1910 when an invitation by the Argentine club Hércules of Corrientes was received to play a friendly match. Members of that first national team where F. Melián, G. Almeida, A. Rodríguez, M. Barrios, P. Samaniego, J. Morín, Z. Gadea, D. Andreani, C. Mena Porta, B. Villamayor, M. Rojas and E. Erico. The match ended in a 0–0 draw.

Because of the increasing number of invitations to play matches and international tournaments, the Asociación Paraguaya de Fútbol decided to officially create the national team and select the striped red and white jerseys that until this date remain as the official colours (taken from the Paraguayan flag). In late 1919 Paraguay accepted the invitation to play the 1921 Copa America and in order to prepare for that occasion a number of friendly matches were played between 1919 and the start of the tournament in 1921. The first of those friendly matches was a 5–1 loss against Argentina, and it marked the first international game by the Paraguayan national football team. When the 1921 Copa America finally arrived, Paraguay surprised everybody by beating then three-time South American champions Uruguay by 2–1, being this the first match in an official competition for the Paraguayan football team. Paraguay eventually finished fourth in the tournament and became a regular participant of the tournament for the next editions.

In 1930 Paraguay participated in the first World Cup, organized by Uruguay. In the first round, Paraguay debuted and lost to the United States (0–3), to then defeat Belgium (1–0) with a goal by Luis Vargas Peña. Only one team was to advance from the group stage, and the U.S. left Paraguay behind. 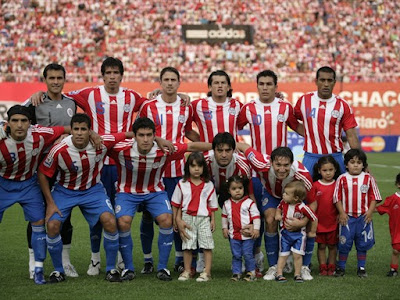 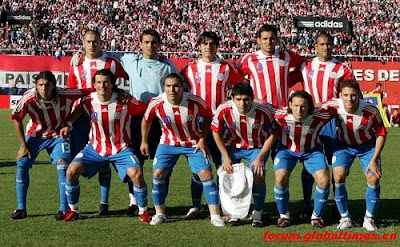 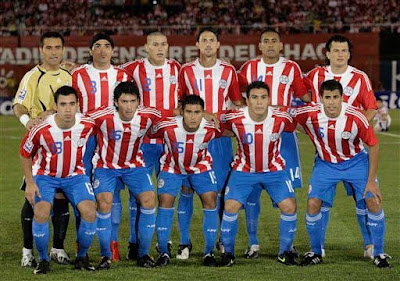 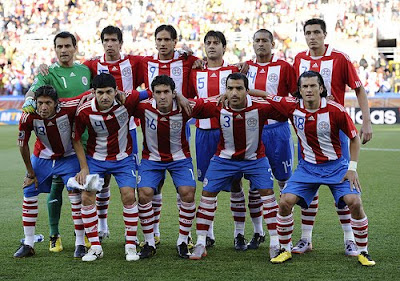 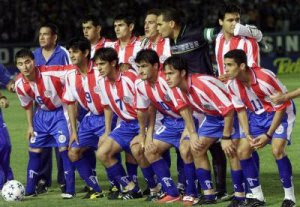