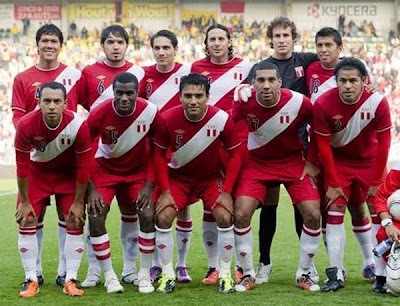 The Peru national football team, known as 'el equipo inca', represents Peru in international football competition and is managed by the Peruvian Football Federation (FPF). The team competes against the other nine members of FIFA's CONMEBOL conference, which encompasses the countries of South America. The traditional colors of the team are white and red, the colors of the Peruvian flag, and the team is commonly known as la Blanquirroja (Spanish for "the white-and-red").

Founded in 1927, the team plays its home matches primarily at the Estadio Nacional in Lima. The team's players' ethnicities reflect of the multicultural society of Peru. Peru has won the Copa América twice, and qualified for four FIFA World Cup tournaments. It has also qualified for two Olympic tournaments where it reached the quarter final stages. Peru's traditional footballing rival is Chile, but the team also has a prominent rivalry with Colombia.

The Peruvian team's performance has been inconsistent, although it is considered to have enjoyed two successful periods in the 1930s and 1970s. Early in its history, Peru participated in World Cup tournaments and enjoyed victories in the 1938 Bolivarian Games and the 1939 Copa América, when it was led by Teodoro Fernández, Juan Valdivieso and Alejandro Villanueva . Its 1950s side, which included Alberto Terry and Valeriano López, was considered to be among the top 20 strongest footballing nations of the decade, despite not winning any major tournaments. Peruvian football's successful period in the 1970s brought Peru back to world recognition, with players such as Héctor Chumpitaz, Hugo Sotil, and Teófilo Cubillas. This team qualified for three FIFA World Cups and won the Copa América in 1975.

Peru's 1982 World Cup participation was its last to date: the national team has not since won a major tournament or participated in a World Cup tournament. The team was temporarily suspended from international participation by FIFA in late 2008 due to allegations of corruption involving government sport authorities and the FPF. Peru has currently appointed Uruguayan Sergio Markarián as its head coach and, after achieving third place at the 2011 Copa America, hopes to qualify for the 2014 FIFA World Cup. 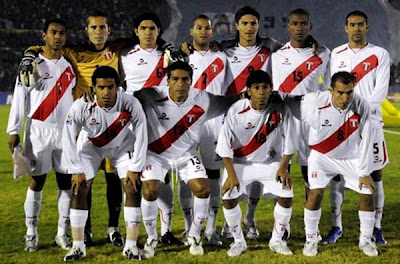 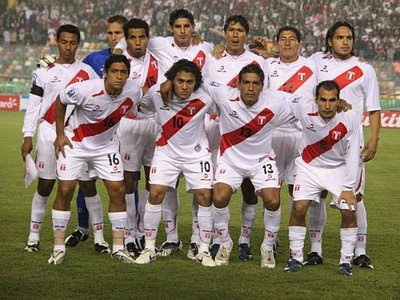 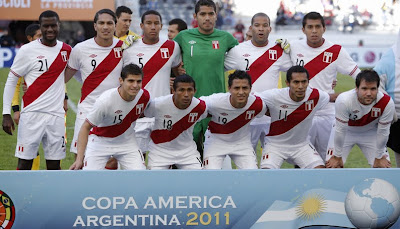 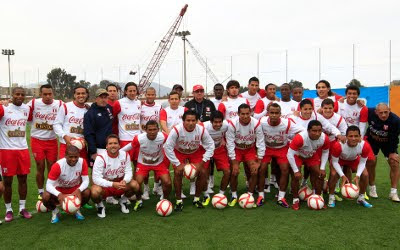