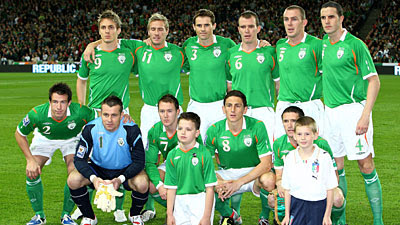 The Republic of Ireland national football team represents Ireland in association football. It is run by the Football Association of Ireland (FAI) and currently plays home fixtures at Aviva Stadium in Dublin, which opened in May 2010.

The team made its debut at the 1924 Summer Olympics, reaching the quarter-finals, it also participated at the 1948 Summer Olympics. Between 1924 and 1936, the team competed as the Irish Free State and from then until 1950, it was referred to by the FAI as Éire or Ireland. In 1953, FIFA decreed that for competitive matches in tournaments that both Irish teams may enter, the FAI team would be officially called the Republic of Ireland while the IFA team was to be named Northern Ireland (The IFA continued to use the name "Ireland" until 1970 for non-FIFA competitions).

Under the guidance of Jack Charlton and his successor Mick McCarthy, the team enjoyed its most successful era, qualifying for UEFA Euro 1988 in their first appearance at the UEFA European Championship, reaching the quarterfinals of the 1990 FIFA World Cup in their first ever appearance at the finals, and making the last 16 at both the 1994 and 2002 FIFA World Cups. Under the guidance of Giovanni Trapattoni, the team narrowly lost out on qualification for the 2010 FIFA World Cup during a controversial play-off but went on to qualify for UEFA Euro 2012.

The side was the first team from outside the United Kingdom to defeat England on home soil, at a fixture played at Goodison Park, Liverpool, in 1949. The team also reached the quarter-finals of the 1964 European Nations' Cup. 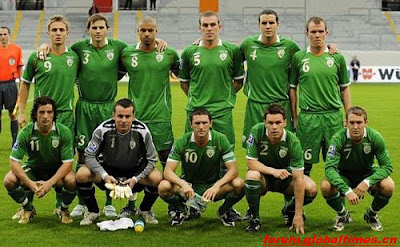 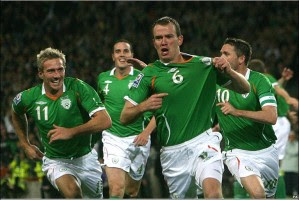 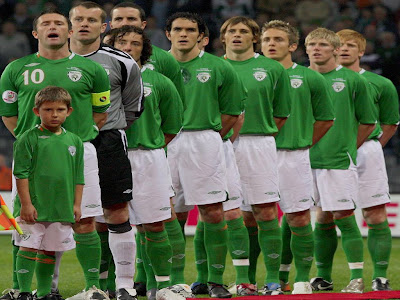 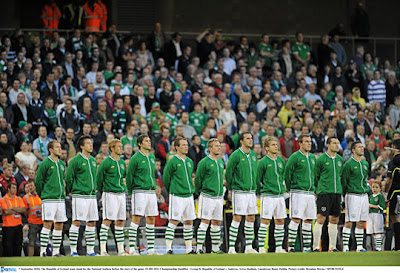