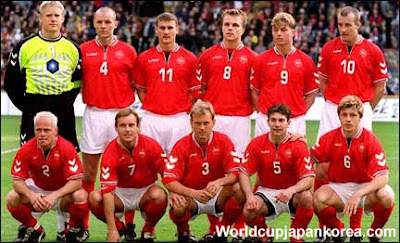 The Denmark national football team (Danish: Danmarks fodboldlandshold) represents Denmark in association football and is controlled by the Danish Football Association (DBU), the governing body for the football clubs which are organized under DBU. Denmark's home ground is Parken Stadium in Østerbro and their head coach is Morten Olsen.

Denmark was the winners of football at the Intercalated Games in 1906 and silver in the Olympics of 1908 and 1912. However, as amateurs who prohibited their internationals from becoming professionals at foreign clubs, Denmark did not qualify for the World Cup until 1986, although they won another Olympic silver in 1960.

Since 1983, the team has continuously been visible as a solidly competitive side, with the triumph in the 1992 European Championships in Sweden as its most prominent victory, beating the European champions from Netherlands in the semifinal, and the World champions from Germany in the final. They also managed to win the 1995 Confederations Cup, defeating Argentina in the final. Their best FIFA World Cup result was achieved in 1998, where they narrowly lost a well played quarter-final against Brazil. 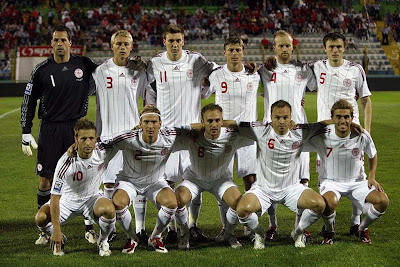 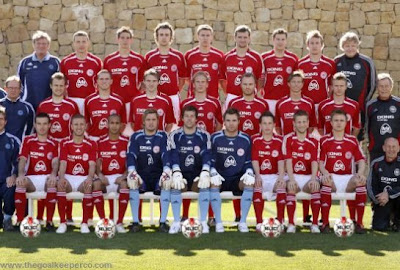 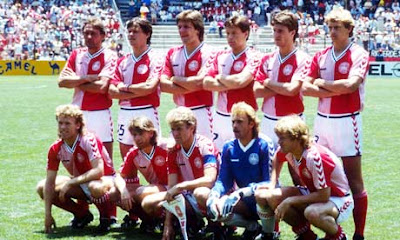 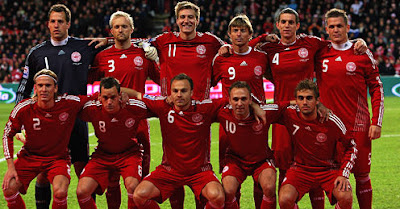