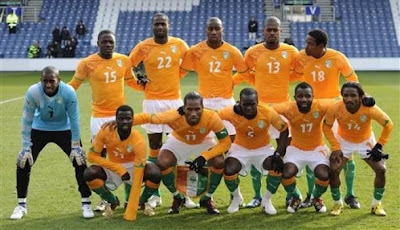 The Côte d'Ivoire National Football Team or Ivory Coast National Football Team, nicknamed Les Éléphants ("The Elephants" in French), represents Côte d'Ivoire (commonly known as Ivory Coast in English) in international football and is controlled by the Fédération Ivoirienne de Football. Until 2005, their greatest accomplishment was winning the 1992 African Cup of Nations against Ghana on penalties at the Stade Leopold Senghor in Dakar, Senegal.

They have qualified for two World Cups, first in Germany in 2006, losing to Argentina and the Netherlands and beating Serbia and Montenegro as they failed to progress beyond the group stage. They qualified again for South Africa in 2010 and did not get through the group stage again. 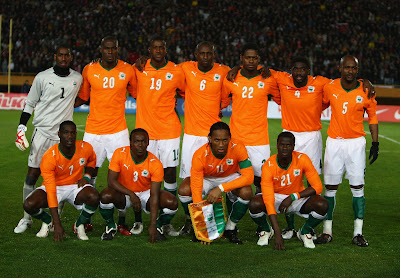 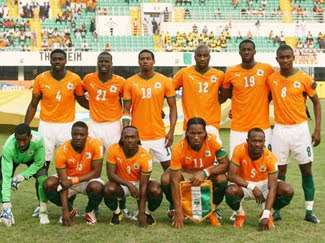 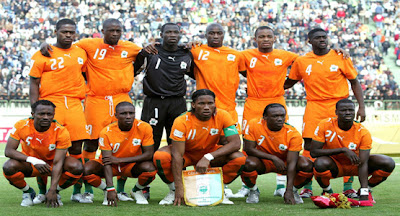 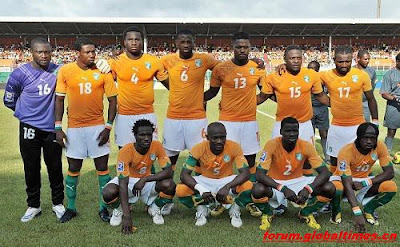