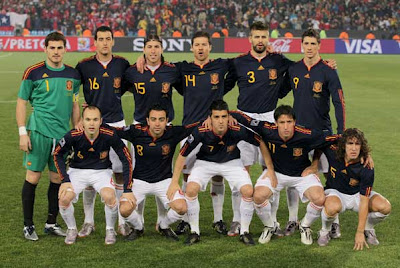 The Spain national football team represents Spain in international association football and is controlled by the Royal Spanish Football Federation, the governing body for football in Spain. The current head coach is Vicente del Bosque. The Spanish side is commonly referred to as La Roja (The Red [One]) or La Furia Roja (The Red Fury).

Spain are the current reigning World and European champions, having won the 2010 FIFA World Cup and the 2008 UEFA European Football Championship. Spain also won the 1964 European Nations' Cup and reached the UEFA Euro 1984 Final. In July 2008 Spain rose to the top of the FIFA World Rankings for the first time in the team's history, becoming the sixth nation to top this ranking, and the first nation to top the ranking without previously having won the World Cup. Between November 2006 and June 2009 Spain went undefeated for a record-tying 35 consecutive matches before their loss to the United States, a record shared with Brazil, including a record 15-game winning streak and thus earning third place in the FIFA Confederations Cup.

Recently, the team has become known for using a style of play which involves roaming movement and positional interchange amongst midfielders, moving the ball in intricate patterns, and sharp, one- or two-touch passing; this style of play has been dubbed Tiki-taka (or Tiqui-taca). The success of Spain in recent times and their style of play, has helped the Spanish team become a dominant force in world football.

Spain are currently ranked number 1 on the FIFA rankings, and 6th on Strongest football team by Elo Ratings. 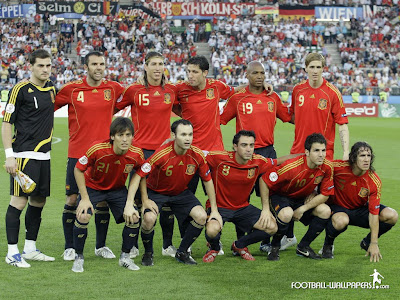 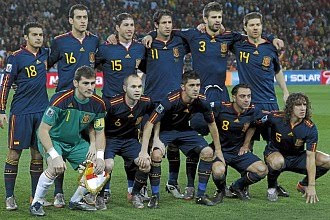 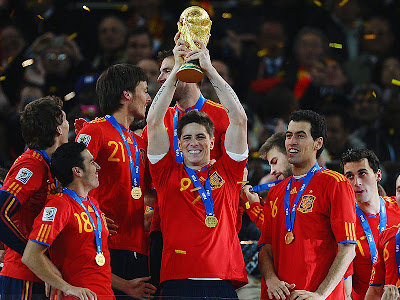 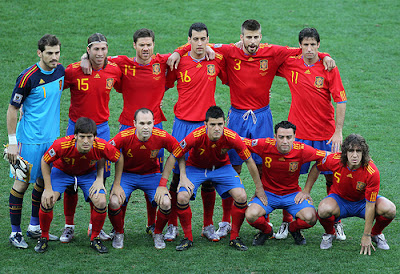 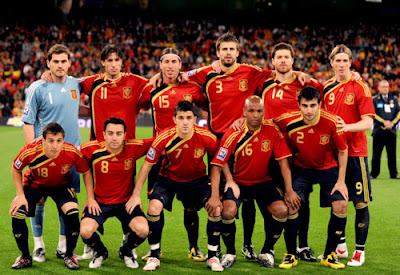