The Tunisia national football team, nicknamed Les Aigles de Carthage (The Eagles of Carthage), is the national team of Tunisia and is controlled by the Fédération Tunisienne de Football. They have qualified for four FIFA World Cups, the first one in 1978, but have yet to make it out of the first round. Nevertheless, they created history in that 1978 tournament in Argentina by becoming the first African side to win a World Cup match, beating Mexico 3–1. They also held defending champions West Germany to a goalless draw before bowing out. They have since qualified for the three tournaments in succession, in 1998, 2002 and 2006: they were the only African team to appear at both the 2002 and 2006 tournaments.

Tunisia also won the Africa Cup of Nations in 2004, when they hosted the tournament.

Tunisia's first World Cup was the 1978 competition held in Argentina. They became the first African team to win a World Cup game, defeating Mexico 3–1 in Rosario. A 1–0 defeat to 1974 semi-finalists Poland followed, but although The Eagles Of Carthage then held reigning champions West Germany to a 0–0 draw, they failed to reach the next stage. Tunisia failed to qualify for the World Cup again until twenty years later.

Adel Sellimi's team were beaten 2–0 by England and 1–0 by Colombia to eliminate them at the group stage. Their only point was in a 1–1 draw with Romania.

Tunisia reached their second successive World Cup, co-hosted by South Korea and Japan. They started with a 2–0 loss against Russia, but a Raouf Bouzaiene free kick gave them a 1–1 draw against Belgium. Their final game resulted in a 2–0 defeat to co-hosts Japan, meaning they were knocked out in the group stages.

Tunisia drew their opening game against Saudi Arabia 2–2, but lost their second match to Spain 3–1 and lost their last group match to Ukraine with a 1–0 defeat ending their 2006 World Cup. 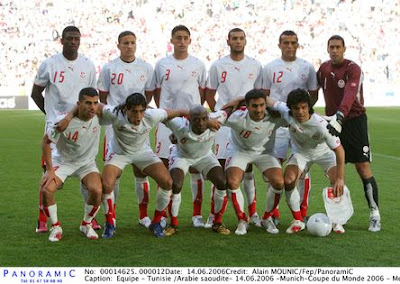 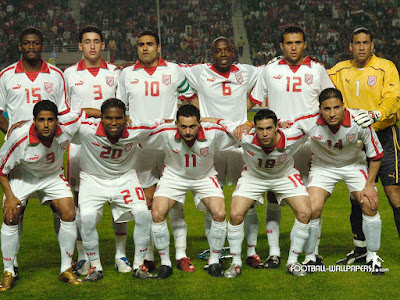 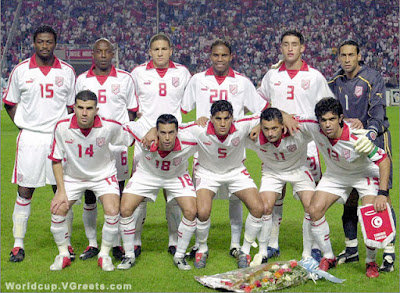 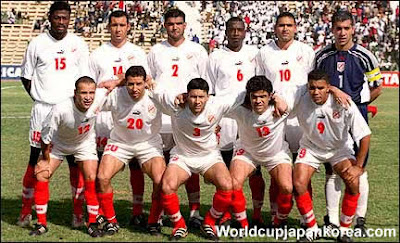