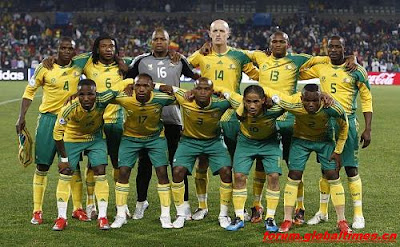 The South Africa national football team (Afrikaans: Suid-Afrikaanse nasionale sokkerspan) represents South Africa in association football and is controlled by the South African Football Association, the governing body for football in South Africa. South Africa's home ground is Soccer City, known as FNB Stadium due to a naming rights deal, in Johannesburg. The team's current head coach is Pitso Mosimane. They returned to the world stage in 1992, after years of being banned from FIFA due to the apartheid system. In 2010, South Africa became the first African nation to host the FIFA World Cup when it hosted the 19th FIFA World Cup in June and July 2010. The team's Siphiwe Tshabalala was also the first person to score in this World Cup during the opening game against Mexico. Despite defeating France 2–1 in their final game of the Group Stage, they failed to progress from the first round of the tournament, becoming the first host nation to do so. South Africa had hosted the FIFA Confederations Cup in 2009. The team's highest achievement was winning the African Cup of Nations at home in 1996. 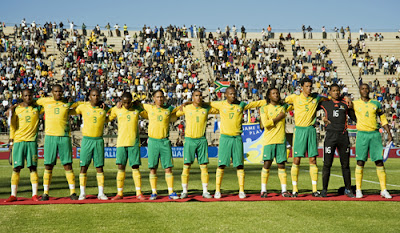 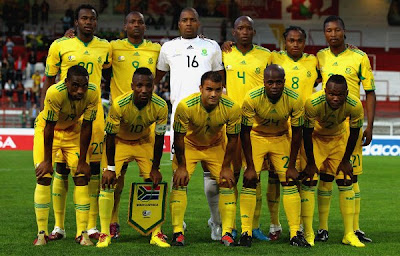 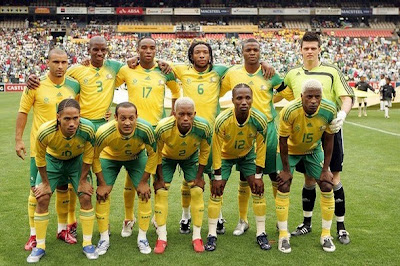